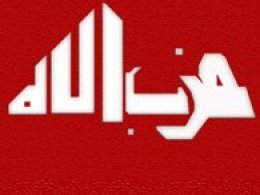 In the statement made by the Turkiye's Hizbullah community after the imperialist US declared Jerusalem the capital of the occupiers, it was stated that all people should stand against it.

In the statement made by the Hizbullah Press Bureau, emphasized that all Muslims and free conscience people should stand against it in the same form regarding the plan of imperialist US President Donald Trump that recognizes Jerusalem as the capital of the occupying zionists and to move the US Embassy to Jerusalem.

Reminding the 227th ayah of Ash-Shu'ara "... And those who have wronged are going to know to what [kind of] return they will be returned." Following explanation was made:

"The invading zionist terror regime continues to attack the sanctity of the Muslims without recognizing any boundaries under the encouragement and protection of the great devil America. Great Devil America has dared to declare that the holy city of Jerusalem as the capital of the Zionists. All Muslims and free conscience people have to stand against."

Last in the message remarked that all the possibilities will be mobilized, said: "As Hizbullah community, we declare to our people and to the ummah that we will mobilize all our possibilities that we will fulfill our duties in every environment and condition." (ILKHA)